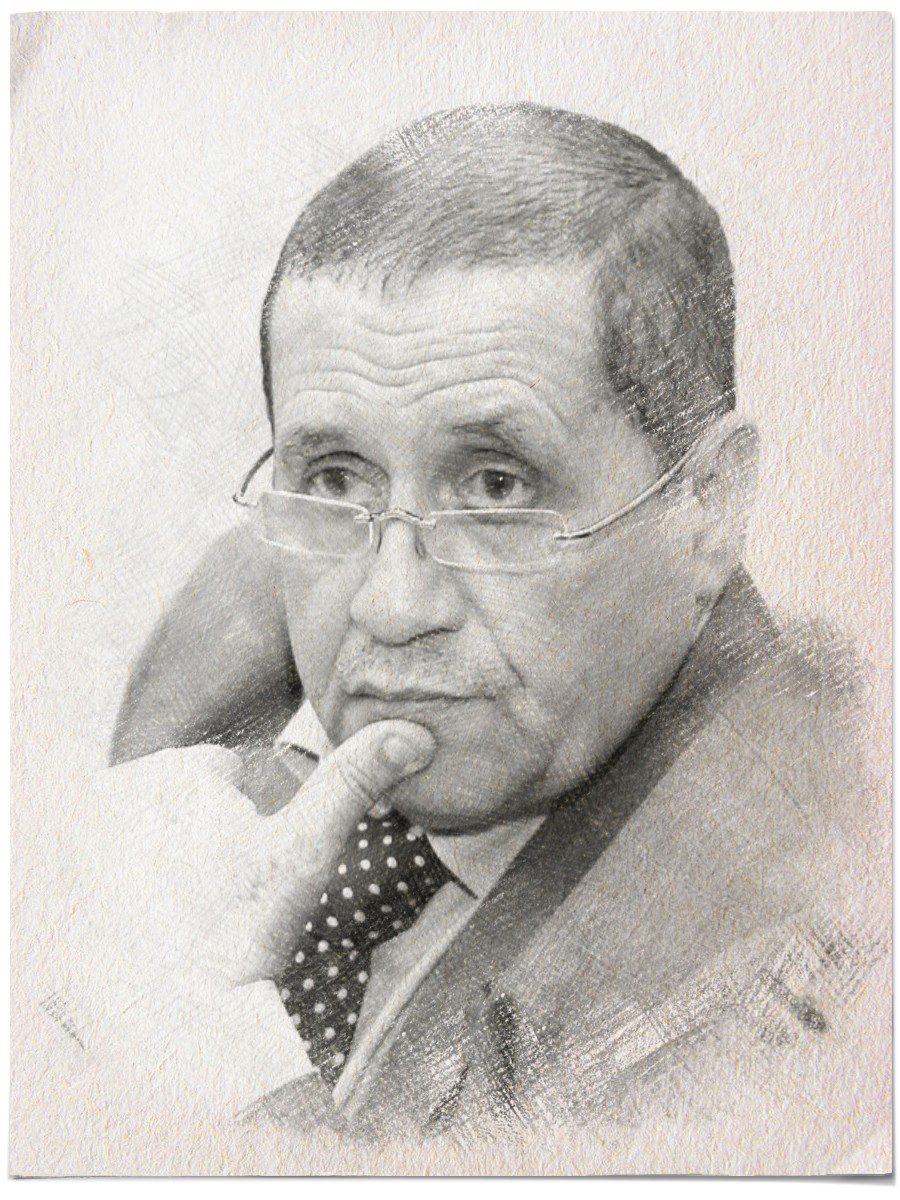 The success of Medical Tourism

The success of Medical Tourism 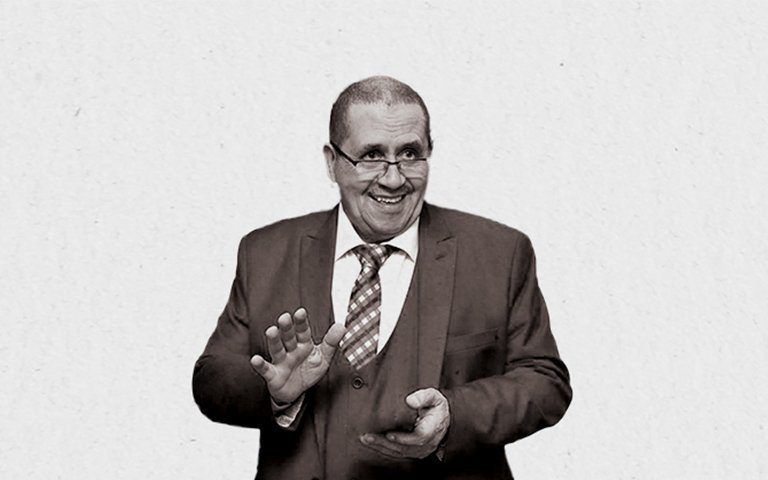 In the last couple of years, Malaysia was able to prove itself as one of the best medical tourism destinations in South East Asia. Not just for its’ high-quality medical institutions but also for having the best tourist attractions for rehab, famously: hot springs.

All these features allowed Malaysia to record a 100% growth in the number of medical tourists, as the number grew from 527,000 in 2011 to more than 1.5 million.

There are many reasons behind Malaysia's great reputation in medical tourism in southeast Asia. One is the fascinating natural wonders, along with the affordable air travel costs. While many western countries have very expensive healthcare costs and long waiting lines, Malaysia has 35 dedicated hospitals for medical tourism and it’s accredited and certified by many global renowned healthcare organizations, making it the best in Asia with highly experienced doctors in every sector.

Along with that, Malaysia holds strict quality measures to maintain this success, especially in terms of safety and quality of services, not to forget the highly trained doctors and high-end facilities with affordable and competing prices.

Tropical weather and natural wonders provide vast choices for tourists and nature lovers, because Malaysian ecosystem gives a wide number of choices for visitors with a mixture of green destinations.

Malaysia has 50 hot springs all over the peninsula and East Malaysia, with many located near Kuala Lumpur and Selangor, the most active stated in the medical tourism industry in Malaysia.

These springs have amazing health benefits, starting from relaxing the body and mind, a special need for every medical tourist after the state of exhaustion prior to long and difficult surgeries and treatments.

UAE and Malaysia: Peaceful and Prosperous

Strategic Relations for years to come

Since the opening of the Malaysian embassy in Abu Dhabi in 1983, followed by the opening of UAE’s embassy in Kuala Lumpur 1995, the relations between the two nations saw continuous growth and advancement toward the bright and strong relations that it is today.

UAE and Malaysia: Peaceful and Prosperous

Strategic Relations for years to come 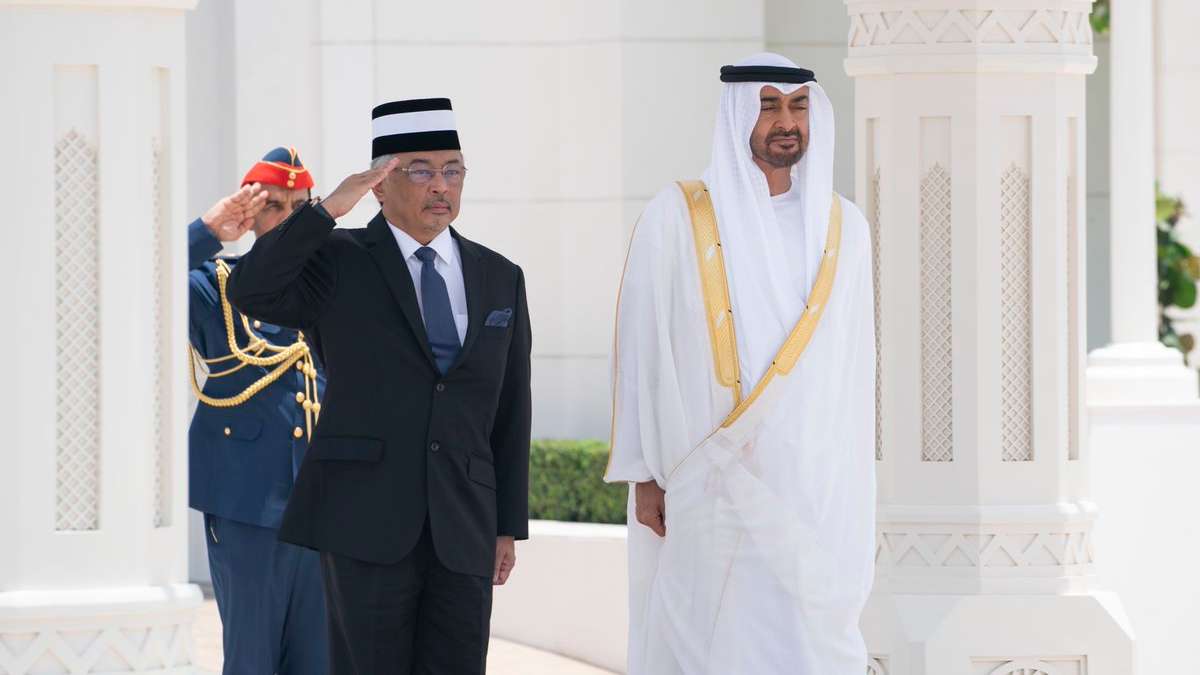 Since the opening of the Malaysian embassy in Abu Dhabi in 1983, followed by the opening of UAE’s embassy in Kuala Lumpur 1995, the relations between the two nations saw continuous growth and advancement toward the bright and strong relations that it is today.

The success of these relations was shown again this year by a historic visit from the King of Malaysia Yang di-Pertuan Agong Al-Sultan Abdullah Ri’ayatuddin Al-Mustafa Billah Shah to Abu Dhabi, where he met the Crown Prince of Abu Dhabi and Deputy Supreme Commander of the UAE Armed Forces, Sheikh Mohamed bin Zayed Al Nahyan. A prestigious visit that discussed and renewed the shared care of the two nations to maintain these strategic relations. 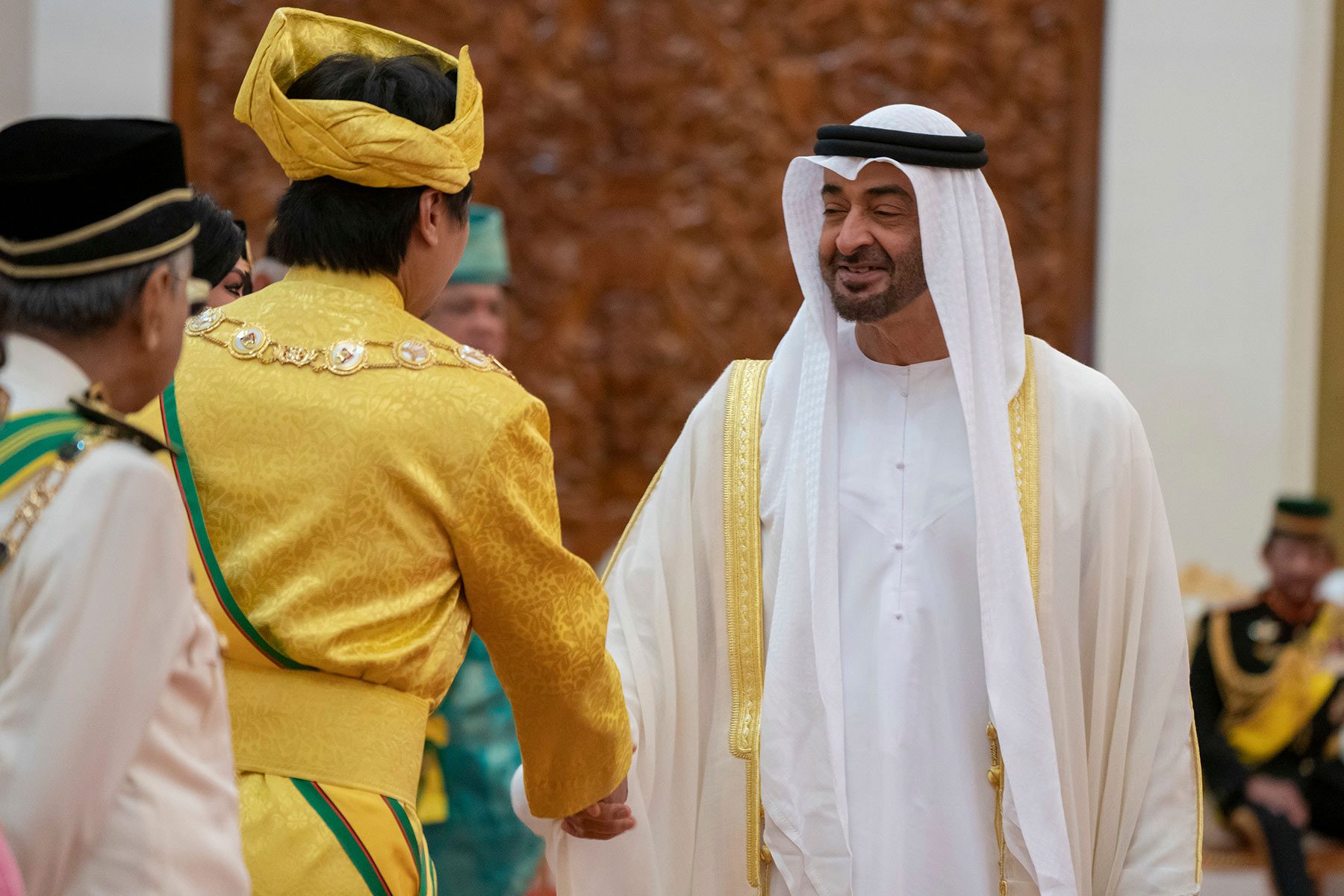 UAE and Malaysia have a very strong relations, especially in terms of trade and investment, as Malaysia is considered a hub for business and investments in South East Asia, while UAE is one of the world’s biggest business hubs.

According to the Malaysian department of statistics, the trade volume between the two nations reached a significant number of 5.68$ billion in 2018. These statistics make UAE the biggest trade partner for Malaysia in the Middle East and North Africa region.

in terms of investments, UAE investments in Malaysia reached 1.5$ billion in 2018, while the Malaysian Investment Development Authority (MIDA) approved a 1.95$ billion investments from UAE by the end of 2018.

UAE investments in Malaysia focus mainly on Oil & Gas projects, financial services, and retail. Many renowned UAE companies have current businesses in Malaysia, such as:

On the other side, Malaysia holds its’ own investments in UAE with an amount of 590.2$ millions, according to Malaysian Ministry of International Trade and Industry (MITI).

Malaysian investments in UAE are focused mainly on construction, financial services, and legal & financial consultation. Some of the Malaysian companies investing in UAE are:

United Arab Emirates plays a good role when it comes to Tourism Industry in Malaysia, as the number of Tourist Arrivals from UAE to Malaysia was estimated between 15,000 – 18,000 annually in the last 3 years, While the number grew up to 30,000 Tourists in 2018, according to Dato’ Muhammadin Ketapi, Malaysian Minister of Tourism and Culture.

But the major contribution of UAE in tourism comes from the expenditure per capita for UAE citizens, with RM7,731 per person, making UAE citizens as the 3rd most spending tourists in Malaysia.

In Terms of education, there is more than 1,660 Malaysian students studying in UAE’s schools, Colleges, and Universities.

With the upcoming Dubai Expo 2020, Malaysia announced its’ participation in the global event represented by the Ministry of Energy, Science, Technology, Environment, and Climate Change along with 7 Ministries and Malaysian institutions.

This participation is targeting investments worth 4.2$ billion through 1000 potential projects and more than 20 MOUs, as Malaysia plans to focus on Clean Energy, Green Industry and Manufacturing. 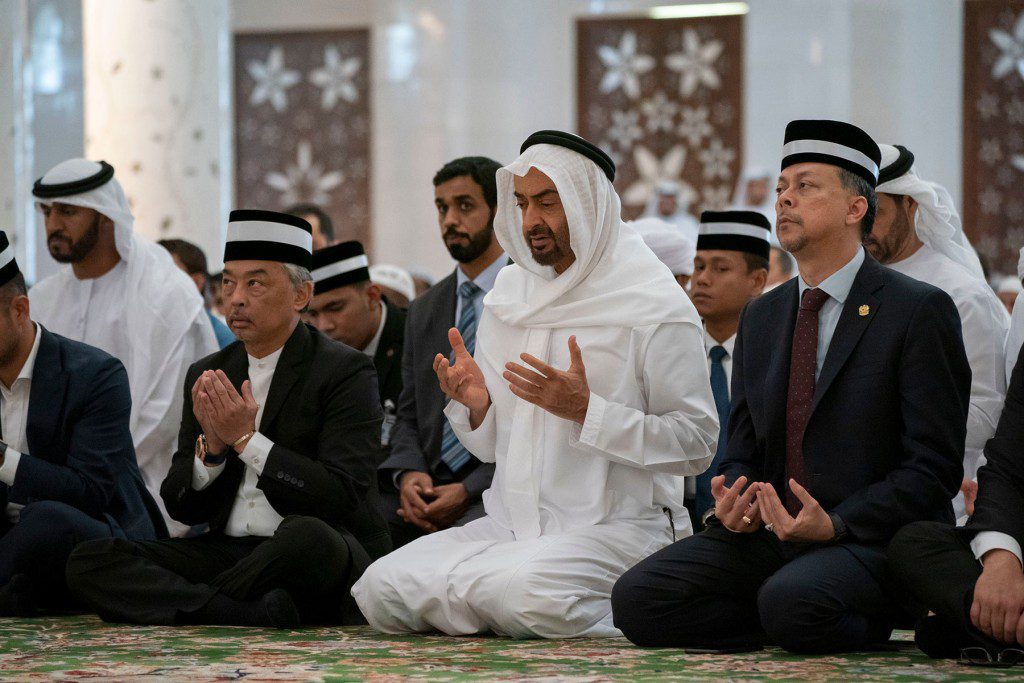 In an exclusive interview with ASWAQ, His excellency Khalid Ghanem Al Ghaith, The Ambassador of UAE in Malaysia described the relations between UAE and Malaysia as a “Very Unique Relationship”, especially in terms of business and economy. 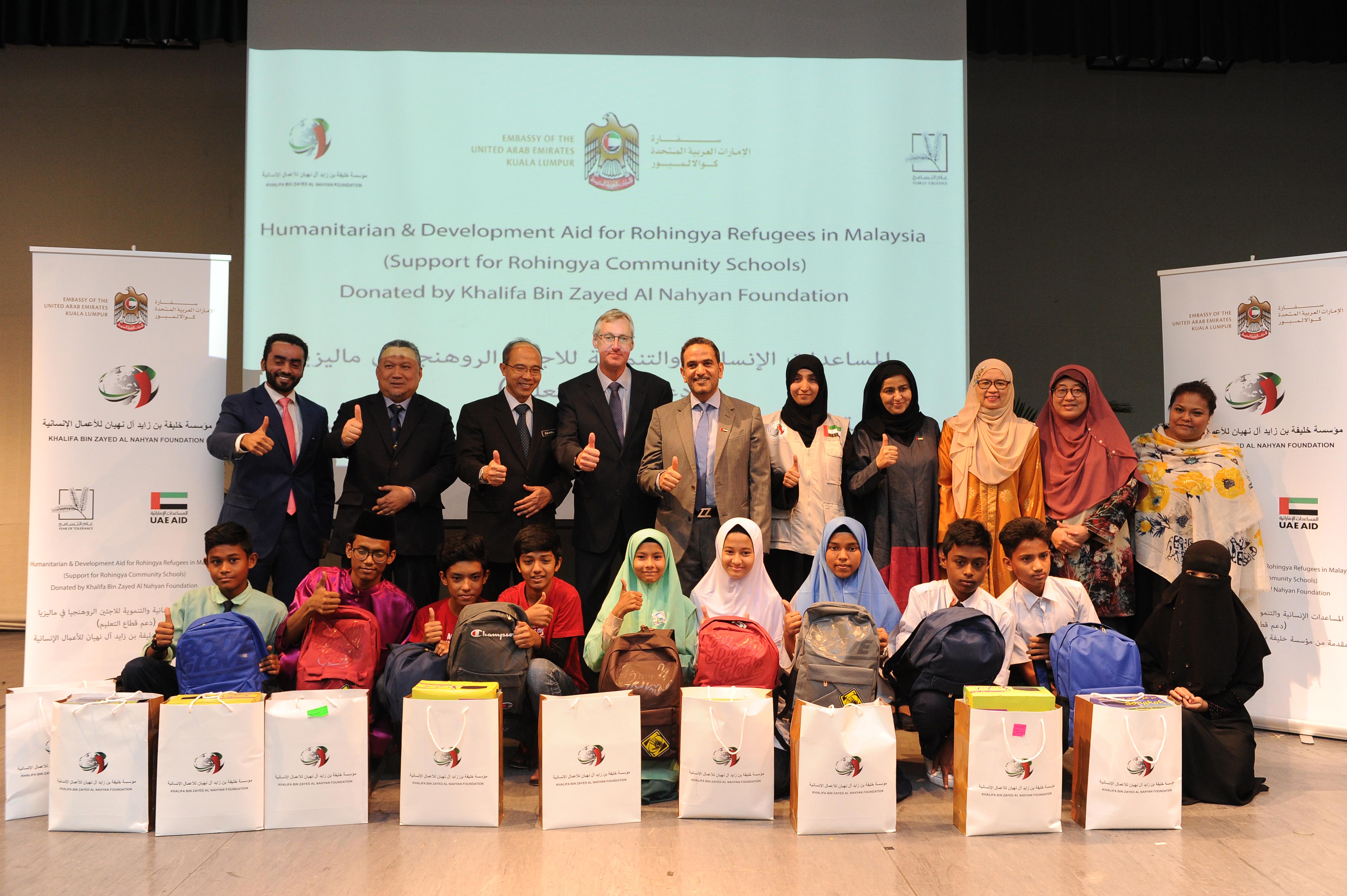 In an exclusive interview with ASWAQ, His excellency Khalid Ghanem Al Ghaith, The Ambassador of UAE in Malaysia described the relations between UAE and Malaysia as a “Very Unique Relationship”, especially in terms of business and economy.

“UAE is the biggest trade partner for Malaysia in the MENA region, as trade volume reached 5.68$ billion in 2018.

Also, UAE is a hub for re-exporting Malaysian products with 3.5$ billion shipped all around the world”, He said.

“This year saw many high-level mutual visits between the two nations."

The latest is the visit by His Highness, Crown Prince of Abu Dhabi and Deputy Supreme Commander of the UAE Armed Forces, Sheikh Mohamed bin Zayed Al Nahyan to Malaysia last July.

Preceded with a visit by His Majesty the King of Malaysia Yang di-Pertuan Agong Al-Sultan Abdullah Ri’ayatuddin Al-Mustafa Billah Shah in June 2019” his excellency added. 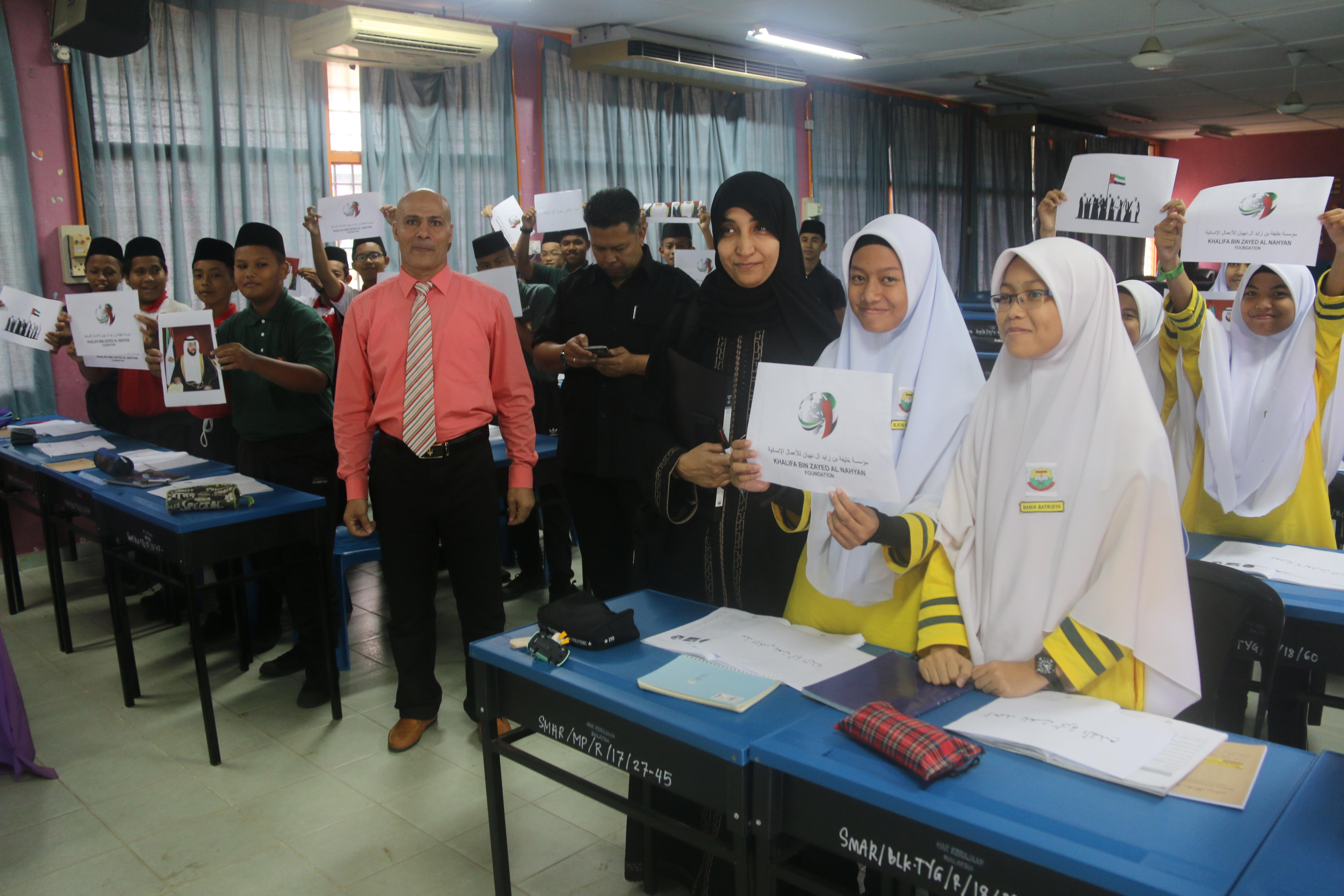 Economic affairs and trade are not the only strong sides of the mutual relations between the two countries as His excellency explained.

“There is major cooperation between UAE and Malaysia in terms of science and culture, and it plays a very vital role in establishing more ways for collaboration between the two nations” he added.

His excellency noted that there are 15 emissary Arabic teachers from the Humanitarian ‘Khalifa Bin Zayed Al Nahyan foundation’ teaching in Islamic schools within the Malaysian state of Pahang since 1997.

“The organization is also working on providing relief and support for Rohingya refugees in Malaysia, especially in terms of education, in collaboration with UNHCR Malaysia and Malaysian agencies,” he said.

“These organizations have a big role in Malaysia by supporting people in need, and their activities include Iftars during the holy month of Ramadan, Haj, medical aid, and more” he explained.

His excellency concluded the interview by saying “I look forward to more special relations between the two nations to serve the interests of their people, and I wish all the success and prosperity for the Malaysian government and people”. 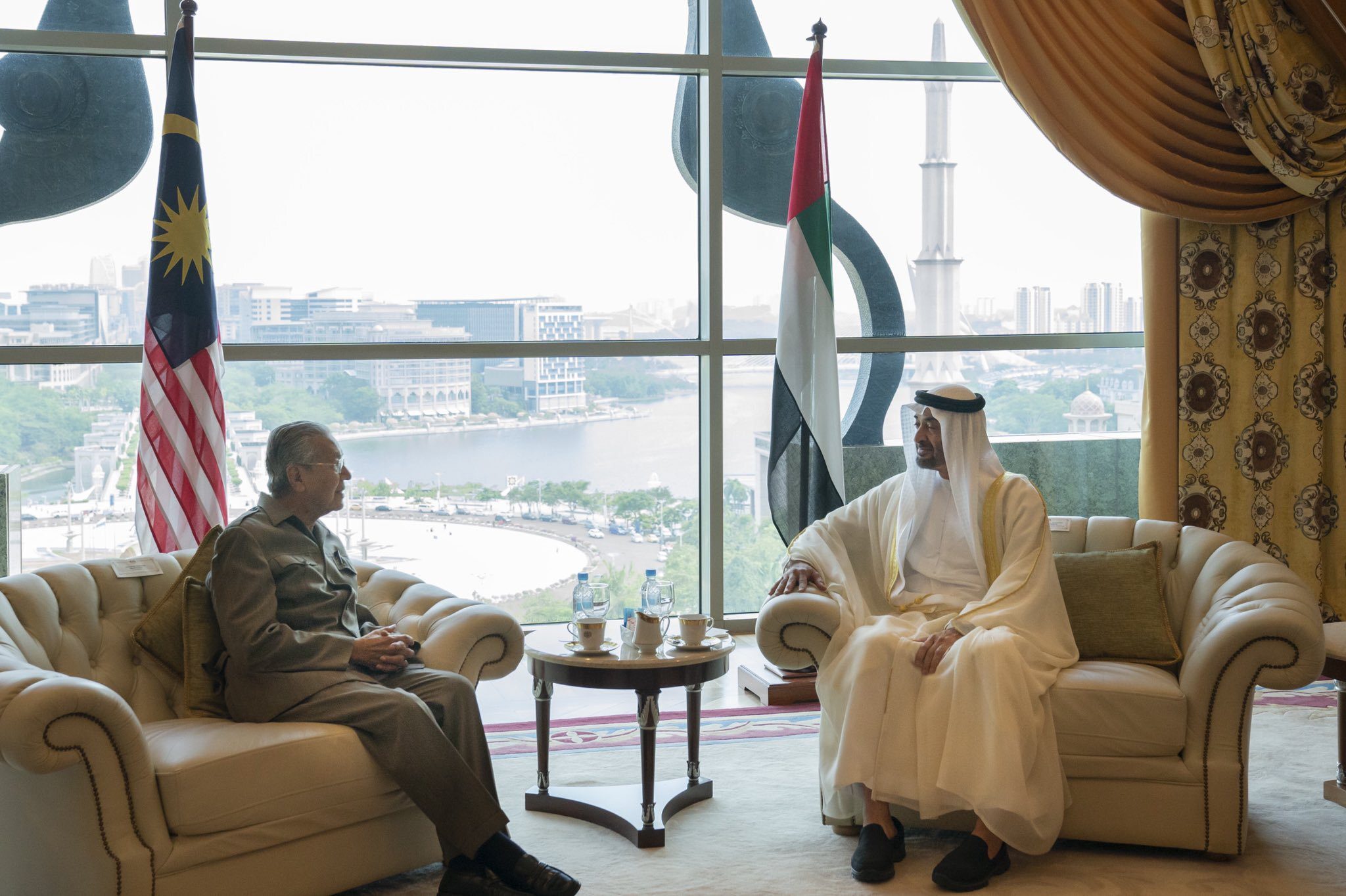 This was his first visit to the UAE after being sworn in as the 16th Yang di-Pertuan Agong on Jan 31.

During the visit, Sultan Abdullah held talks with the Crown Prince of Abu Dhabi and Deputy Supreme Commander of the UAE Armed Forces, Sheikh Mohamed bin Zayed Al Nahyan – who also happened to be the Malaysian monarch’s college mate back in the 1970s.

Both attended the Royal Military Academy, Sandhurst in the United Kingdom and their close friendship was reflected in various moments during the visit, including when Sheikh Mohamed presented the visiting Malaysian head of state with a framed photograph showing them together in Sandhurst.

Sheikh Mohamed personally came to the hotel where Sultan Abdullah was staying to pick up his friend before heading to the Presidential Palace together for the official welcoming ceremony at the start of the visit.

Sultan Abdullah and Sheikh Mohamed stood shoulder-to shoulder as they performed Friday prayers at the resplendent Sheikh Zayed Grand Mosque in the Emirati capital before they said their goodbyes at the Presidential Terminal of the Abu Dhabi International Airport at the conclusion of the visit.

In a statement, Istana Negara noted that the special treatment accorded to the Malaysian king reflected the close friendship between both men who first crossed path more than 40 years ago.

It said that overall, the special visit paved the way for deeper bilateral relations and cooperation between Malaysia and the UAE and served as an avenue to exchange views over regional and global developments of mutual interest.

It said that His Majesty was fully satisfied with the special visit to the UAE and hoped that this momentum would continue as both countries sought ways to bolster bilateral relations in various fields.

Malaysian Deputy Foreign Minister Datuk Marzuki Yahya, who accompanied Sultan Abdullah on the trip, said the special visit would definitely boost Malaysia-UAE ties in the long run and was expected to create more opportunities and cooperation in various areas.

“Our relations are getting stronger. This trip symbolised the warm and close bilateral relations between the two nations,” he said.

The Yang di-Pertuan Agong also graced a gathering with Malaysians residing in the UAE and visited Wahat Al-Karama, a memorial to honour UAE’s fallen heroes as well as the Louvre Abu Dhabi museum. 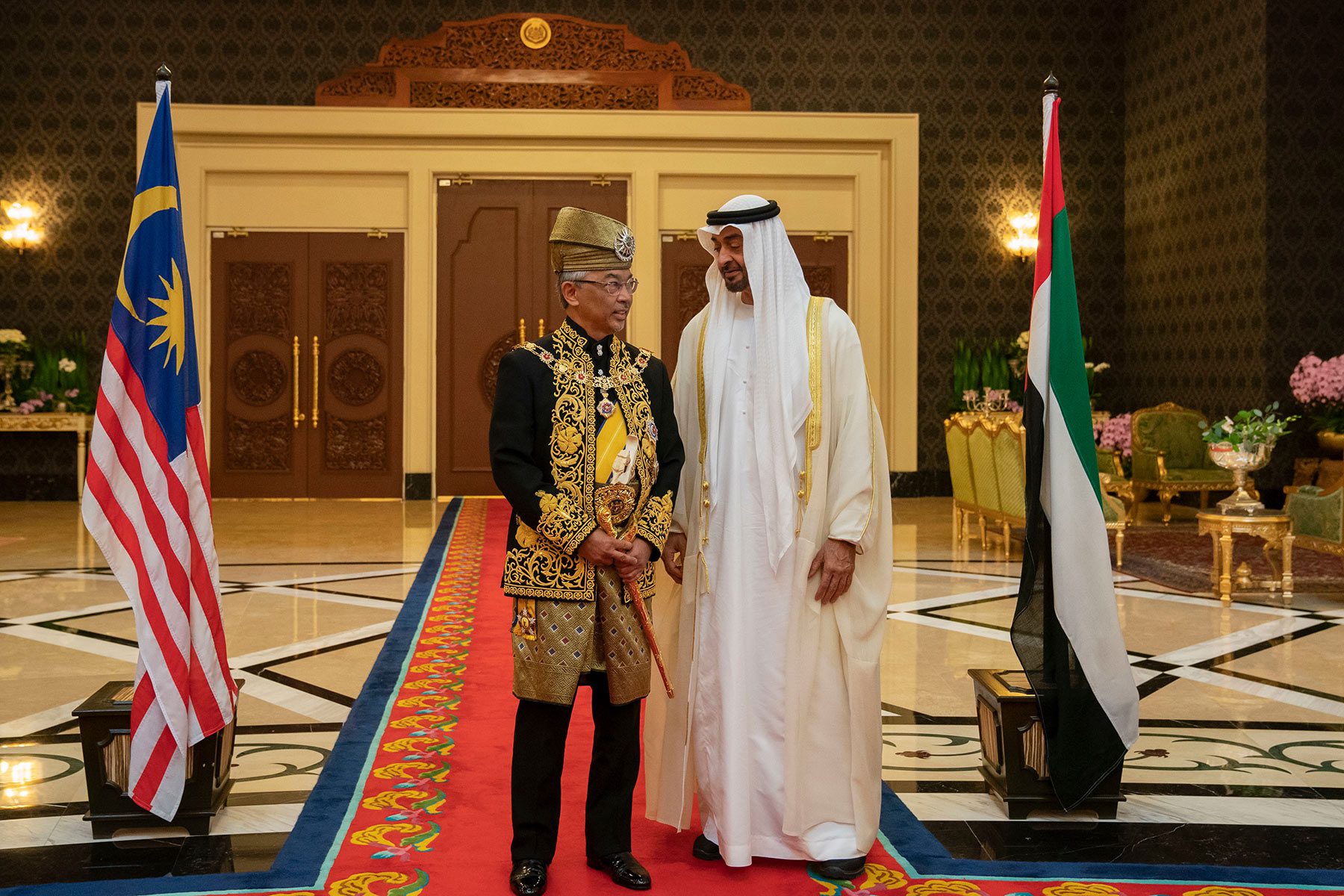 After the historical visit by the King of Malaysia, the Crown Prince of Abu Dhabi Mohammad bin attended a historical event in 30th of July after attending Sultan Abdullah’s coronation in Kuala Lumpur, as he and the sultan of Brunei were the only foreign leaders to have the privilege of attending the royal ceremony.

"We discussed the close relations that bind our two friendly countries and our vision of the region's issues and developments," the Crown Prince said on Twitter.

"We are looking forward to further co-operation and fruitful joint work between Malaysia and UAE at all levels." 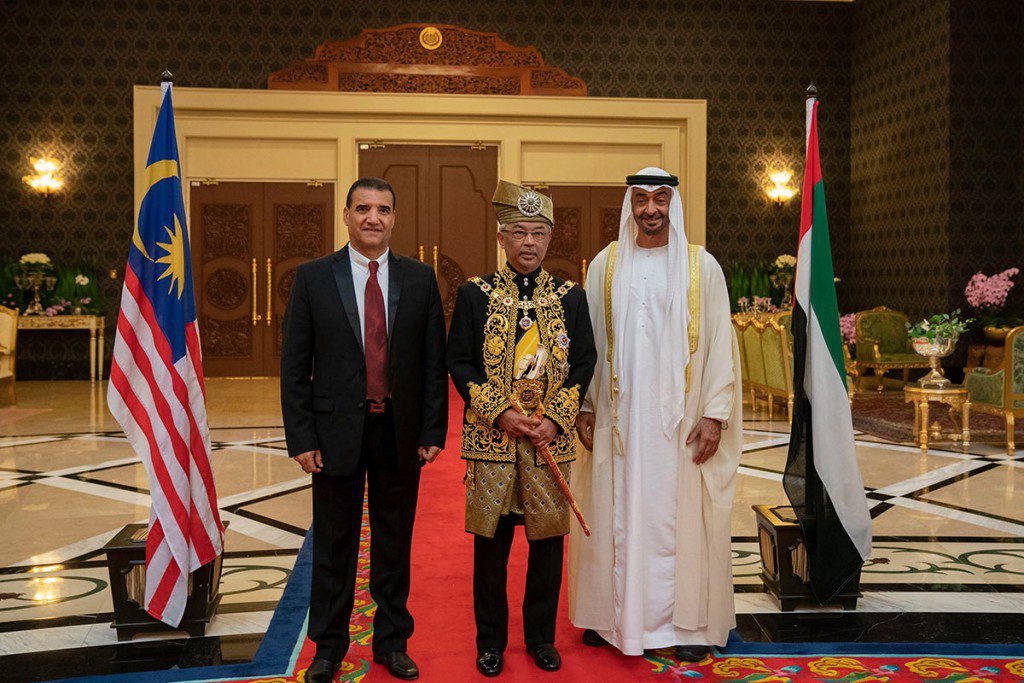